Travels Through American History in the Mid-Atlantic

Home / Travels Through American History in the Mid-Atlantic 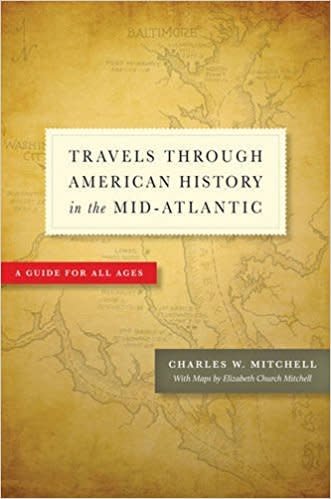 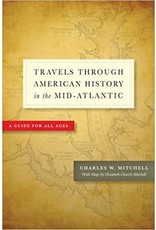 Few regions of the United States boast as many historically significant sites as the mid-Atlantic. Travels through American History in the Mid-Atlantic brings to life sixteen easily accessible historical destinations in Pennsylvania, Maryland, Washington, D.C., the Potomac Valley, and Virginia.

Charles W. Mitchell walked these sites, interviewed historians and rangers, and read the letters and diaries of the men and women who witnessed―and at times made―history. He reveals in vivid prose the ways in which war, terrain, weather, and illness have shaped the American narrative. Each attraction, reenactment, and interactive exhibit in the book is described through the lens of the American experience, beginning in the colonial and revolutionary eras, continuing through the War of 1812, and ending with the Civil War. Mitchell contrasts the ornate decor of Philadelphia’s Independence Hall, for example, with the passionate debates that led to the Declaration of Independence, and the tranquil beauty of today’s Harpers Ferry with the trauma its citizens endured during the Civil War, when the town six times fell to opposing forces.

Excerpts from eyewitness accounts further humanize key moments in the national story. Hand-drawn maps evoke the historical era by depicting the natural features that so often affected the course of events.