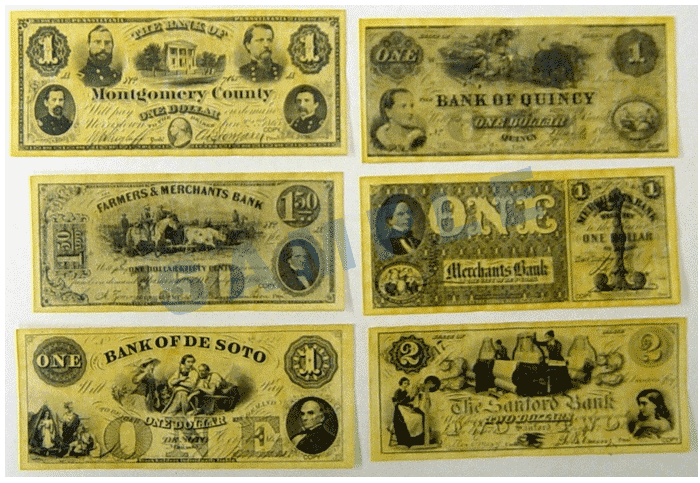 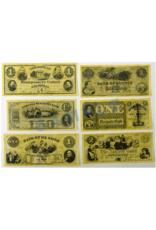 When the Civil War started, there were two types of money in circulation in the North: The largest part was "hard" money- silver and gold coins of the U.S. Government; the rest was paper money issued by prominent state banks. As the war progressed, more and more hard money disappeared as people began to hoard coins.

In 1862, The U.S. government began issuing "Greenbacks" (as Federal currency became called" to supplement the states' paper money. Greenbacks were soon in widespread use, amounting to more than half of the currency in circulation. Fractional currency ("paper coin") also became prominently used.

The Federal government passed strict banking laws in 1863; these laws along with heavy taxes soon caused most of the paper money of the private banks to disappear. The laws did not become effective in the South until after the war was over in 1865. 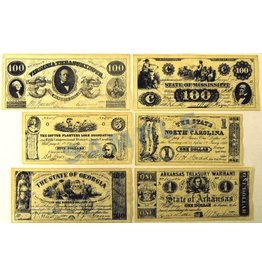