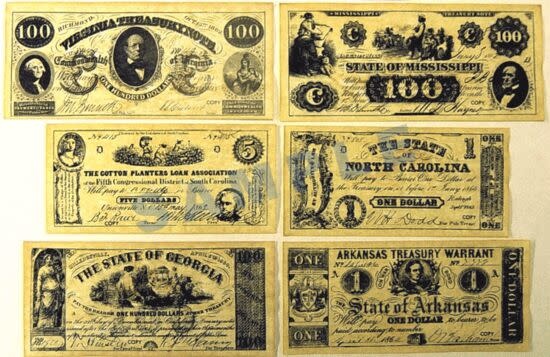 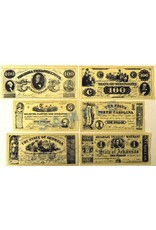 The Confederate government began to issue money from the first capital in Montgomery, Alabama in April 1861. Only 4,426 notes were issued from Montgomery.

By May 1861, the Confederacy started to issue larger quantities of money from the permanent capital in Richmond, Virginia. By the end of 1864, these issues totaled nearly two billion dollars. In addition to the currency, individual Southern states, banks, municipalities, and associations all printed their own money.

The first Confederate currency demonstrated engraving and printing of the highest quality, and many of the notes were beautifully designed. Many issues contained portraits of Southern heroes, while others were of mythological deities, such as Ceres, goddess of agriculture. Other drawings showed business activities, including cotton picking and steam boating. 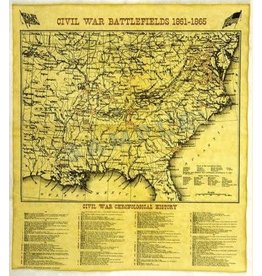 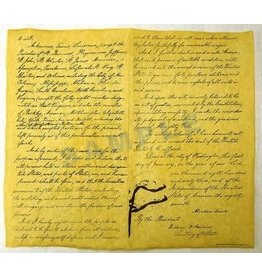 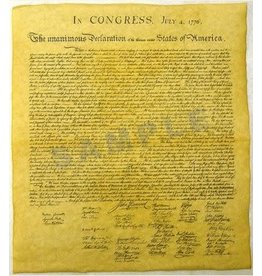 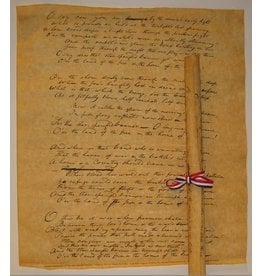