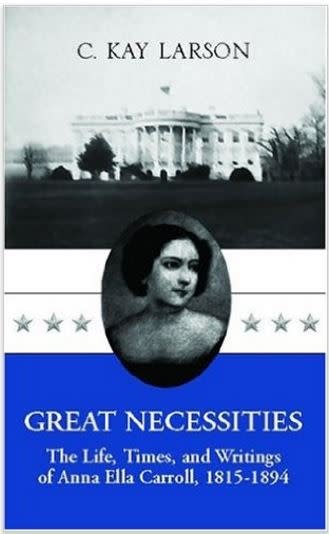 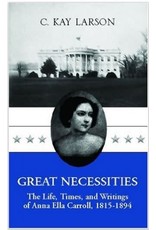 Kay Larson's insightful account of the contributions made to our nation by Anna Ella Carroll redresses a major inequity in the historiography of nineteenth-century America. Carroll played an important role in Maryland politics and was instrumental in efforts to keep that state in the Union in 1861. As a major force in Maryland politics, Carroll was a close confidante of that states leading politicians. She also played a crucial role in the development of Federal military strategy in late 1861, and this is the part of her life that is so very often ignored by most American historians.

Anna Carroll was involved in Maryland politics for over twenty-five years. She was an influential member of the Know-Nothing Party and a firm advocate of the unionist cause in the 1850s. Through her letters to the major political figures in Maryland, Carroll helped keep the state within the Union. During the Civil War, she wrote well-informed pamphlets concerning the issues involved in the war, thereby helping to sway Maryland public opinion in a manner favorable to Lincolns Administration and the Federal war effort. These contributions alone make her a major figure in our history. 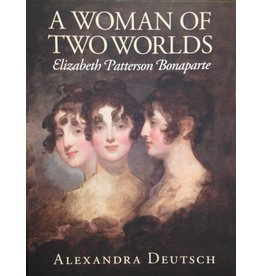