Mary Elizabeth Garrett: Society and Philanthropy in the Guilded Age 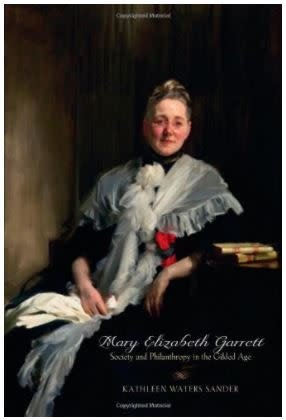 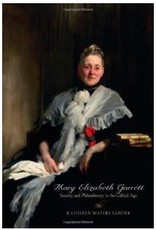 Mary Elizabeth Garrett was one of the most influential philanthropists and women activists of the Gilded Age. With Mary’s legacy all but forgotten, Kathleen Waters Sander recounts in impressive detail the life and times of this remarkable woman, through the turbulent years of the Civil War to the early twentieth century. At once a captivating biography of Garrett and an epic account of the rise of commerce, railroading, and women’s rights, Sander's work re-examines the great social and political movements of the age.

As the youngest child and only daughter of the B&O Railroad mogul John Work Garrett, Mary was bright and capable, well suited to become her father’s heir apparent. But social convention prohibited her from following in his footsteps, a source of great frustration for the brilliant and strong-willed woman.

Mary turned her attentions instead to promoting women’s rights, using her status and massive wealth to advance her uncompromising vision for women’s place in the expanding United States. She contributed the endowment to establish the Johns Hopkins School of Medicine with two unprecedented conditions: that women be admitted on the same terms as men and that the school be graduate level, thereby forcing revolutionary policy changes at the male-run institution.

Suffragist, friend of charitable causes, and champion of women’s education, Mary Elizabeth Garrett both improved the status of women and ushered in modern standards of American medicine and philanthropy. Sander’s thoughtful and informed study of this pioneering philanthropist is the first to recognize Garrett and her monumental contributions to equality in America.