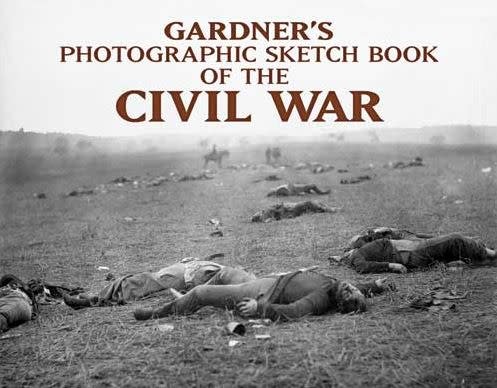 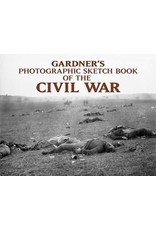 Second only to Mathew Brady as the foremost early American photographer was Alexander Gardner, the one-time manager of Brady's Washington salon and Brady's chief photographer in the field during the early days of the Civil War.

Indeed, Gardner — who later photographed the War independently — often managed the famous horse-drawn photographic laboratory and took many of the pictures that used to be attributed to Brady. He accompanied the Union troops on their marches, their camps and bivouacs, their battles, and on their many hasty retreats and routs during the early days of the War.

In 1866 Alexander Gardner published a very ambitious two-volume work which contained prints of some 100 photographs which he had taken in the field. A list of them reads like a roster of great events and great men: Antietam Bridge under Travel, President Lincoln (and McClellan) at Antietam, Pinkerton and His Agents in the Field, Ruins of Richmond, Libby Prison, McLean's House Where Lee's Surrender Was Signed, Meade's Headquarters at Gettysburg, Battery D, Second U.S. Artillery in Action at Fredericksburg, the Slaughter Pen at Gettysburg, and many others.

Gardner's photographs are among the greatest war pictures ever taken and are also among the most prized records of American history. Gardner was quite conscious of recording history, and spared himself no pains or risk to achieve the finest results. His work indicates a technical mastery that now seems incredible when one bears in mind the long and particular process being done in the field -- wet plates, long exposures, long drying times, imperfect chemicals.