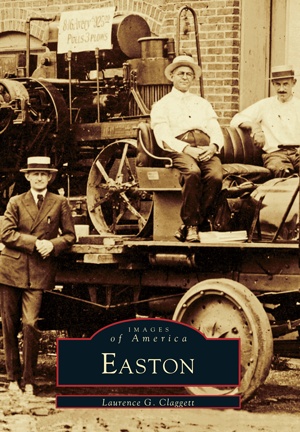 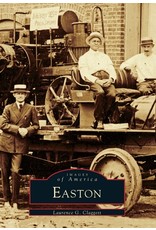 In the early part of the 18th century, Talbot County on Maryland’s Eastern Shore was restructured in size and boundary, requiring the designation of a new county seat. Groups from the Wye River to Oxford competed vigorously to have their town win the honor. But the selection committee, with manifest
partiality, decided upon the geographical center of the new county: a remote field cultivated and then
abandoned by its native residents. Here was born the town that would eventually be known as Easton.

Telling the story of the original Talbot Court House, the market, early schools, churches, and
businesses, this fascinating visual history documents an era of significant change for the town in the early 20th century. Improved roads and transportation allowed the widespread population of the county to come to town; friends and family members could meet more often, and a sense of community identity began to grow.