The Struggle and the Urban South - D. Terry

Home / The Struggle and the Urban South - D. Terry 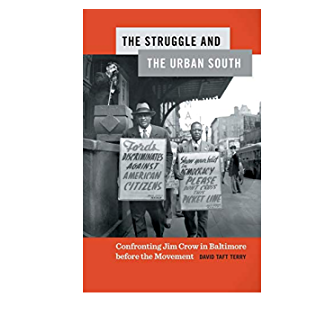 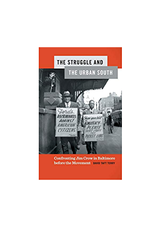 Through the example of Baltimore, Maryland, David Taft Terry explores the historical importance of African American resistance to Jim Crow laws in the South's largest cities. Terry also adds to our understanding of the underexplored historical period of the civil rights movement, prior to the 1960s.

Baltimore, one of the South largest cities, was a crucible of segregationist laws and practices. In response, from the 1890s through the 1950s, African Americans there (like those in the South's other major cities) shaped an evolving resistance to segregation across three themes. The first theme involved black southerners' development of a counter-narrative to Jim Crow's demeaning doctrines about them. Second, through participation in a national antisegregation agenda, urban South blacks nurtured a dynamic tension between their local branches of social justice organizations and national offices, so that southern blacks retained self-determination while expanding local resources for resistance. Third, with the rise of new antisegregation orthodoxies in the immediate post-World War II years, the urban South's black leaders, citizens, and students and their allies worked ceaselessly to instigate confrontations between southern white transgressors and federal white enforcers. Along the way, African Americans worked to define equality for themselves and to gain the required power to demand it. They forged the protest traditions of an enduring black struggle for equality in the urban South. By 1960 that struggle had inspired a national civil rights movement.