The Chesapeake: An Environmental Biography by John R. Wennersten

Home / The Chesapeake: An Environmental Biography by John R. Wennersten 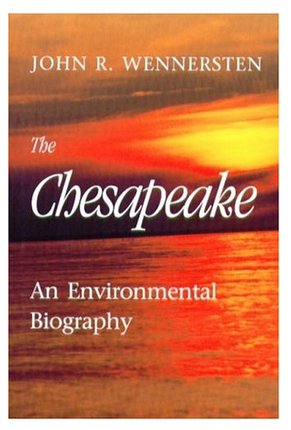 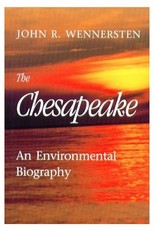 As oceanographer Jerry Schubel has noted, twenty thousand years ago there was no Chesapeake Bay. Since that time, there have been other beginnings and endings of other Chesapeake Bays. As we look to the future, however, we can see that increasingly the transformation of the Chesapeake will be more a human phenomenon than a work of nature. (From the author)

This strong, highly readable narrative by a long-time resident and student of the Chesapeake region begins with the clash of cultures between Native Americans and Europeans and moves forward compellingly to today's complex suburban sprawl.

It is a comprehensive history of the Chesapeake region from the era when tobacco was king and the land was severely deforested, through the great days of fishing -- and over-fishing -- the bay, to the oyster wars, to the times of entrepreneurial greed that filled the tributary rivers with toxins.

Equally important, this is a narrative of the political, scientific, and grassroots efforts to clean up the bay since the modern environmental movement began, and how those efforts have been affected by bureaucratic turf fights, confusing regulations, and successful lobbying by special interests.