Sisters of Fortune by Jehanne Wake 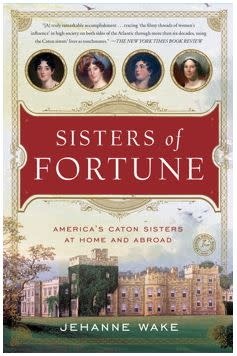 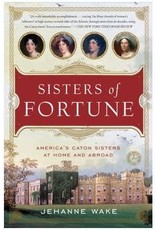 Based on intimate and previously unpublished letters written by the sisters, this is a portrait of four lively and fashionable women in early nineteenth century America. Much of it is told in their own voices as they gossip about prominent people of their time, advise family members on political and financial strategy, soothe each other’s sorrows, and rejoice in each other’s triumphs.

Descended from one of the nation’s founding fathers and raised to be educated, independent, and opinionated young women, Marianne, Bess, Louisa, and Emily Caton traveled to England in 1816 and won coveted places at the highest levels of Regency society by virtue of their charm, intelligence, and great beauty. An unusual, remarkable true story of money, love, and life at the top, Sisters of Fortune is a romantic family history and an inside look at the adventures of America’s original blue-blooded girls.