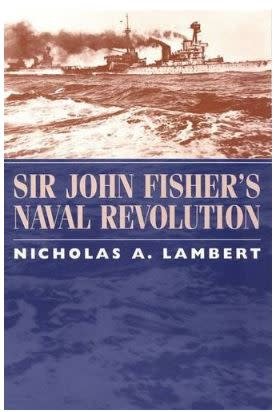 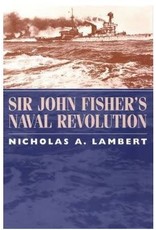 For most of the twentieth century, historians have thought that British naval policy was driven by the Anglo-German arms race. After examining a prodigious quantity of primary sources, Nicholas A. Lambert concludes that Admiralty decision-making was in fact driven by factors unrelated to the German building program. Winner of the Society for Military History's 2000 Distinguished Book Award, Sir John Fisher's Naval Revolution explores the intrigue and negotiations between the Admiralty and leading domestic politicians and social reformers of the day, such as Herbert H. Asquith, David Lloyd George, and Winston Churchill. Lambert also explains how Great Britain's naval leaders responded to these non-military, cultural challenges under the direction of Admiral Sir John Fisher, the service head of the Admiralty from 1904 to 1910, who believed in a radically new approach to naval defense. For mainly political reasons, however, Fisher concealed his "military technological revolution" and worked surreptitiously to create a new model fleet capable of protecting all of Britain's imperial interests across the globe.

By Nicholas A. Lambert, paperback, 428 pages