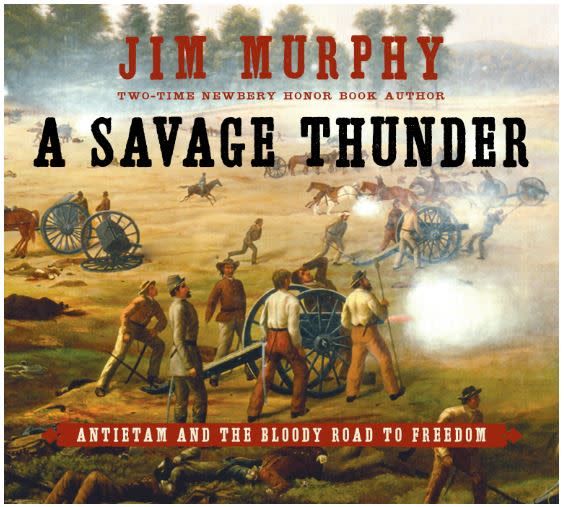 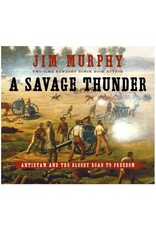 In September 1862, two great armies faced off across Antietam Creek, near Sharpsburg, Maryland, knowing that the fate of the United States and the future of millions of slaves were at stake. From behind-the-scenes conversations to the action on the front lines, renowned nonfiction writer Jim Murphy provides an in-depth look at the battle that prompted Abraham Lincoln to issue the Emancipation Proclamation and changed America forever. Murphy uses photographs, maps, and first-person accounts to sweep young readers into the chaos and confusion of battle. Gritty and utterly engaging, this is a powerful portrayal of a day on which 22,717 people were killed or wounded—the single bloodiest day in American history.