Sergeant Bill and His Horse Bob 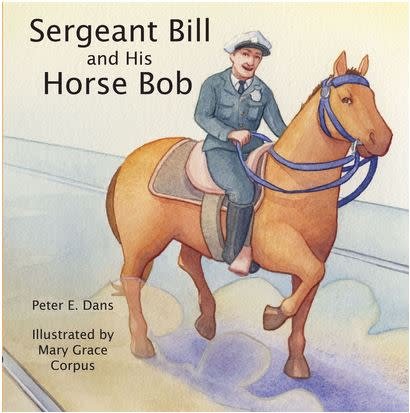 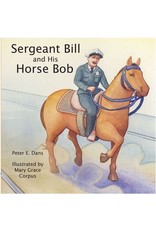 Modern-day visitors to Baltimore's Inner Harbor would hardly recognize the waterfront of Peter E. Dans latest children's book. A bustling port that housed the busiest intersection in the U.S., the Baltimore harbor of 1937 to 1955 was teeming with longshoremen, horse-drawn wagons, cars, and pedestrians all of them directed almost like a ballet by Sergeant Bill McKeldin and his trusty horse Bob. Sergeant Bill and His Horse Bob is a playful profile of this real-life Baltimore figure, the brother of Theodore McKeldin, a Baltimore mayor and later Governor of Maryland. His canny direction and unforgettable personality ensured many a commuter a safe and enjoyable trip.

Sergeant Bill and His Horse Bob is another gem celebrating Baltimore from the author who penned Perry's Baltimore Adventure: A Bird's-Eye View of Charm City, a perennial favorite of readers from two to ninety-two. Featuring lively illustrations by Mary Grace Corpus, the book gives young readers a glimpse of an earlier time and the local character who helped define it. Dans takes us to a time before stoplights and signals, when Sergeant Bill perched in a traffic booth at the intersection of Light and Pratt Streets, his horse Bob standing nearby with his nose in the direction of traffic flow. We learn how Sergeant Bill got his nickname, the Whistler of Pratt and Light Street, from whistling through his teeth at motorists and pedestrians.

When Sergeant Bill gets a visit from President Franklin Delano Roosevelt, the everyday chaos of Baltimore traffic grows greater as the President's dog Fala spies a cat and leaps out of his car! Bill and Bob must team up to rescue Fala from the busy Baltimore waterfront before the little dog sets sail as an unexpected passenger on the South-America-bound ship, the Santa Rosa.

Sergeant Bill and His Horse Bob is a fun reimagining of a beloved public figure s service to his city. Dans succeeds once again in honoring a local legend of days past, making collective memory accessible to younger generations.