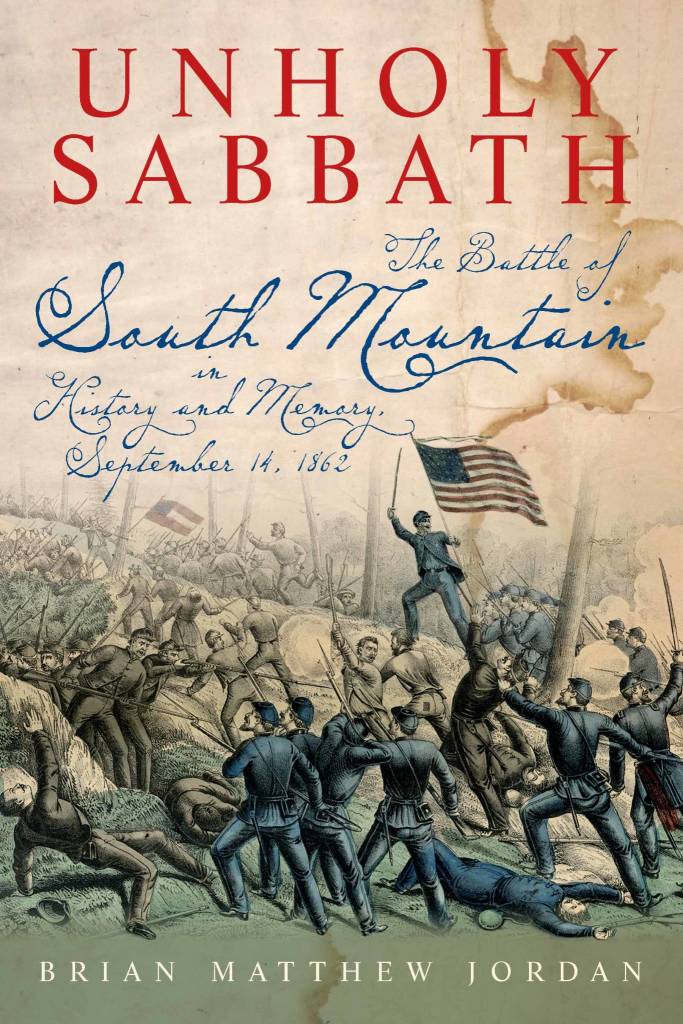 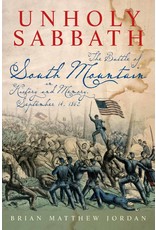 Many readers of Civil War history have been led to believe the battle of South Mountain (September 14, 1862) was but a trifling skirmish, a preliminary engagement of little strategic or tactical consequence overshadowed by Antietam’s horrific carnage just three days later. In fact, the fight was a decisive Federal victory and important turning point in the campaign, as historian Brian Matthew Jordan argues convincingly in his fresh interpretation Unholy Sabbath: The Battle of South Mountain in History and Memory, September 14, 1862.

Jordan, however, presents a vigorous full-length study based upon extensive archival research, newspaper accounts, regimental histories, official records, postwar reunion materials, public addresses, letters, and diaries. Readers will not only come away with a full understanding of the military actions at Fox’s, Turner’s, and Crampton’s gaps, but a deeper and more meaningful appreciation for the ways in which Civil War veterans and the public at large remembered military events—and why some were forgotten.

Unholy Sabbath proposes a new rubric for evaluating this important combat by examining not only the minute military aspects of the battle, but how soldiers remembered the fighting and why South Mountain faded from public memory. Former Confederates true to the Lost Cause, argues Jordan, downplayed the victory, emphasized how outnumbered they were, and argued that their defense of the passes “protected the concentration of General Lee’s army on the field of Sharpsburg.” Union veterans, however, remembered South Mountain as a full-scale engagement wholly distinct from Antietam, and one where they outfought and completely defeated their Rebel opponents and disrupted the entire Southern invasion.

This richly detailed study, complete with outstanding maps, photographs, a complete order of battle with losses, and an in-depth interview with the author, is modern Civil War history at its finest.