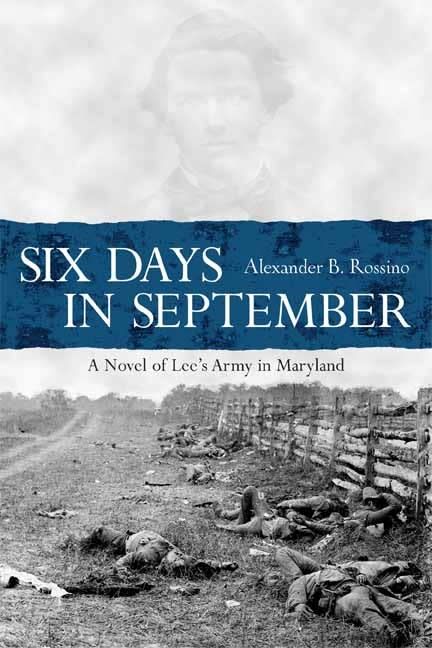 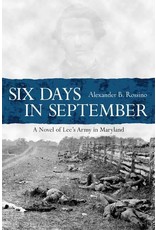 Alex Rossino's Six Days in September is a gripping, fast-paced account of Robert E. Lee's 1862 campaign to win Southern independence by carrying the war north into Maryland. The thrust across the Potomac River triggered a determined Federal response when Gen. George McClellan led the reorganized and often defeated Army of the Potomac out of Washington's defenses in pursuit of a victory on Union soil. The resulting battles of South Mountain and Sharpsburg (Antietam) wreaked havoc on both armies, witnessed the bloodiest day in American history, and changed the course of the entire Civil War.

Deeply researched and written with close attention to the actual events, Rossino's seamless weaving of history and fiction transports readers into the minds of the Southern generals, the torn hearts of beleaguered civilians, and the ranks of Lee's long-suffering soldiers who endured the agonizing horrors of Civil War combat. Six Days in September is a panoramic, sweeping account of the complex and decisive Maryland Campaign that altered the destiny of our nation.

Award-winning author and historian Alexander B. Rossino is a resident of Boonsboro, Maryland. He is the author of Hitler Strikes Poland: Blitzkrieg, Ideology, and Atrocity, an acclaimed history of the racial-political policies implemented by the Third Reich during its 1939 invasion of the Polish Republic. He worked at the U.S. Holocaust Memorial Museum from 1994 to 2003 and is the author of nearly a dozen scholarly articles and book reviews. His interest in the American Civil War dates from childhood and he long wished to write a book on it that transcended the rigid boundaries of academic history. Six Days in September represents that combination of interest and desire.