Home / Round & Round Together 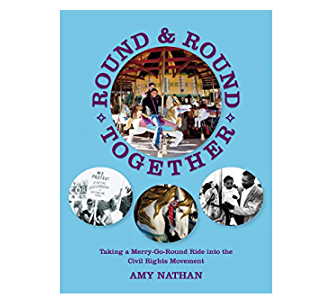 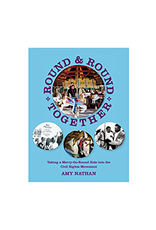 "Amy Nathan's book deftly describes the courageous struggle by blacks and whites to end discrimination in the park, the city, and the nation. Readers will walk away with a clearer understanding of segregation and the valiant Americans who fought against this injustice."—Debra Newman Ham, Professor of History, Morgan State University

On August 28, 1963—the day of Martin Luther King Jr.'s famous "I Have a Dream" speech—segregation ended finally at Baltimore's Gwynn Oak Amusement Park, after nearly a decade of bitter protests. Eleven-month-old Sharon Langley was the first African American child to go on a ride there that day, taking a spin on the park's merry-go-round, which since 1981 has been located on the National Mall in front of the Smithsonian Institution in Washington, D.C. Round and Round Together weaves the story of the struggle to integrate that Baltimore amusement park into the story of the civil rights movement as a whole.

Round and Round Together is illustrated with archival photos from newspapers and other sources, as well as personal photos from family albums of individuals interviewed for the book. There is a timeline of major Civil Rights events.