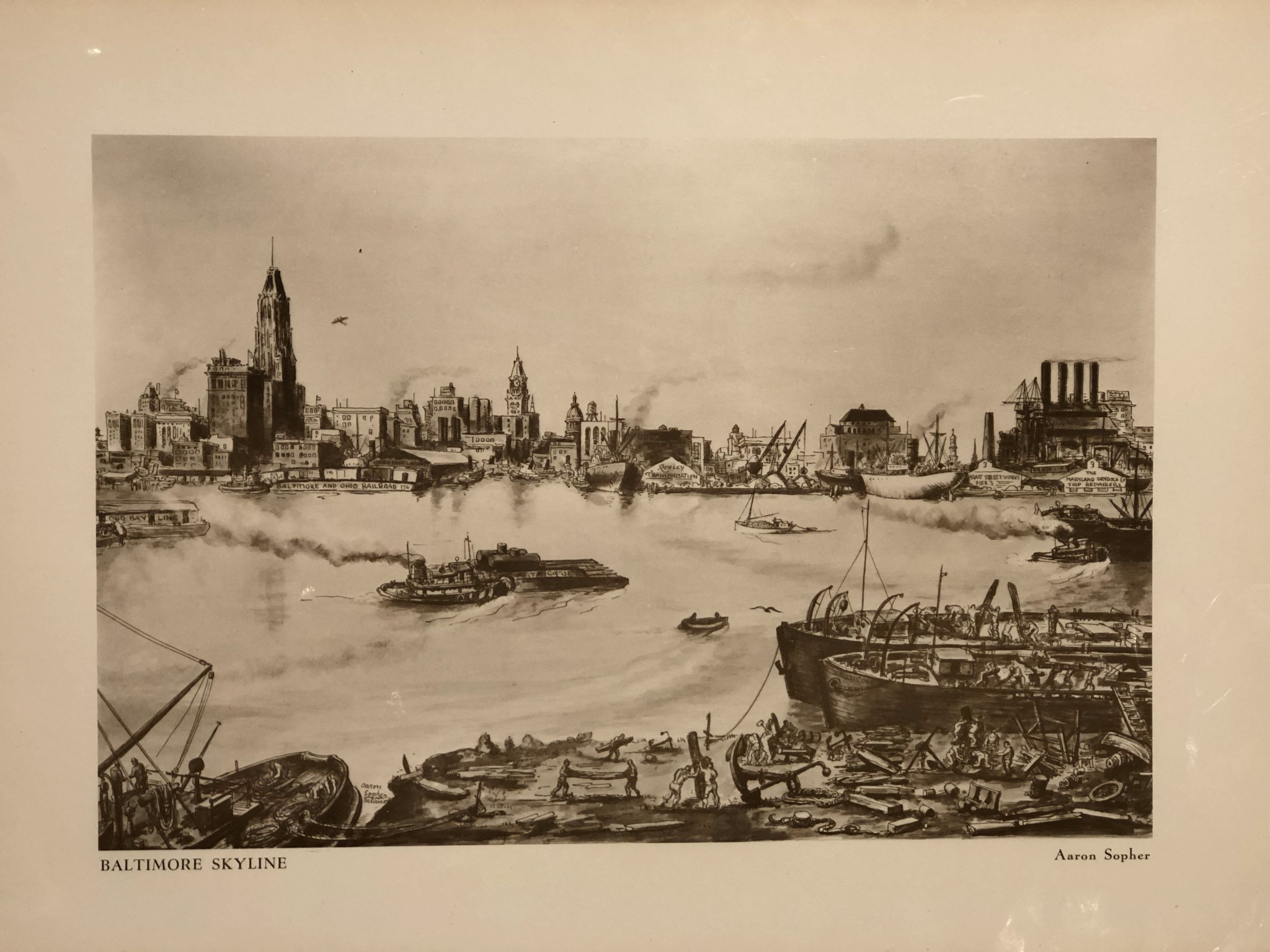 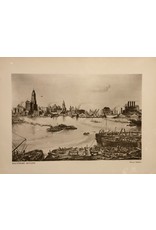 Aaron Sopher was an illustrator and political cartoonist in the early 20th century. An East Baltimore native, Sopher attended school at the Maryland Institute of Fine and Applied Arts, now known as the Maryland Institute College of Art. While he technically never received his diploma because of tardiness, he still went on to become a prominent American cartoonist. He was a free-spirit, capturing the comedic, raw, and often somber scenes of daily life in Baltimore. He worked freelance for The Baltimore Sun for years before later being published by The New Yorker, Harper’s Magazine, The Wall Street Journal, and Vanity Fair.