Maryland Blood: An American Family in War and Peace, the Hambletons 1657 to the Present by Martha Frick Symington Sanger

Home / Maryland Blood: An American Family in War and Peace, the Hambletons 1657 to the Present by Martha Frick Symington Sanger 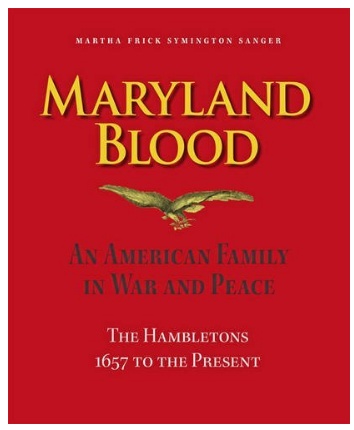 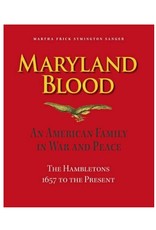 At the dawn of the seventeenth century, immigrants to this country arrived with dreams of conquering a new frontier. Families were willing to embrace a life of strife and hardship but with great hopes of achieving prominence and wealth. Such is the case with the Hambleton family.

From William Hambleton’s arrival on the Eastern Shore in 1657 and through every major conflict on land, sea, and air since, a member of the Hambleton clan has participated and made a lasting contribution to this nation. Their achievements are not only in war but in civic leadership as well. Among its members are bankers, business leaders, government officials, and visionaries.

Not only is the Hambleton family extraordinary by American standards, it is also remarkable in that their base for four centuries has been and continues to be Maryland. The blood of the Hambletons is also the blood of Maryland, a rich land stretching from the shores of the Atlantic Ocean to the tidal basins of the mighty Chesapeake to the mountains of the west, a poetic framework that illuminates one truly American family that continues its legacy of building new generations of strong Americans.