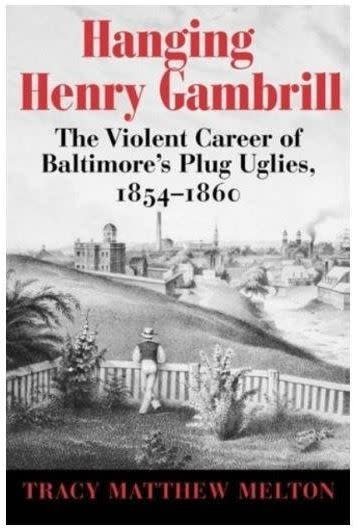 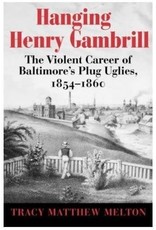 On a warm night in September 1858, a number of well-dressed young men set out from a restaurant in Baltimore's west end to serenade newlywed friends. These were not just any young men but leaders of Baltimore's most feared "political club," the Plug Uglies, whose reputation and exploits were fast spreading across the country. Before the night was over they had crashed a party, a police officer lay dead in the street, and one of their number--handsome, soft-spoken Henry Clay Gambrill--was in jail.

Hanging Henry Gambrill places the reader amid the raw color and mayhem of Baltimore's tumultuous streets as never before. With a historian's meticulous research and a novelist's flair, Tracy Matthew Melton has brought to life the gangs behind the anti-Catholic, anti-immigrant violence of the 1850s.

The large and sophisticated gangs were fully exploited by Baltimore mayors, Maryland governors, and congressmen. Operating behind an apparently impregnable wall of power, influence, and judicial corruption, they thrived until that clear September night, when a crime and subsequent arrest unexpectedly set in motion a chain of events that would lead ultimately to betrayal and their downfall.

Available in hardcover and paperback.