Light Horse Harry Lee in the War for Independence

Home / Light Horse Harry Lee in the War for Independence 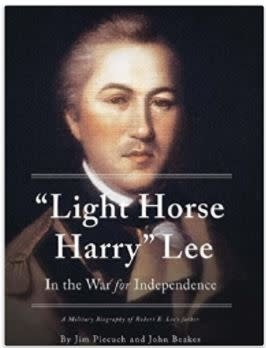 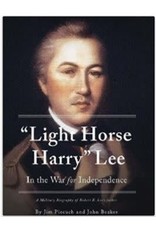 "Light Horse Harry" Lee of Virginia was one of George Washington's handpicked young officers and advisers in the field. Later, he became a lifelong friend.

With his superb leadership instincts, George Washington used the best capabilities of men as different as Lee and John Eager Howard. His troop commanders were highly effective throughout the Revolutionary War, extracting victory from the jaws of defeat.

Lee's career as a Revolutionary War Cavalryman is a story of daring raids, brilliant exploits, and constant danger. Congress awarded Lee a Gold medal in 1779, the only such award for an officer below the rank of General during the war.

His Legion of Cavalry formed the vanguard of the impenetrable screen, which enabled the Southern Army to elude the British in the Race to the Dan in 1781; he was constantly in the saddle during the Southern Campaigns of 1780-1781. Lee's bold strokes were reflected in the unrivaled, aggressive maneuvers that his son, Robert E. Lee, would execute during the Civil War. His flamboyant style in combat was quite different from the first subject of this series - the stoic, taciturn infantry commander, John Eager Howard.

Colonel Lee was elected to the Continental Congress when the war was over, then as Governor of Virginia, and finally to the United States Congress. He was selected by Congress to write and deliver the funeral oration for George Washington, even though most of the founding fathers were still alive. In it, he coined the famous phrase, 'First in war, first in peace, and first in the hearts of his countrymen.'

The brilliant man, who had served his nation so well, died a pauper. However, he was cared for, then buried by General Nathanael Greene's daughter on her father's plantation in Georgia. He was later reburied with his son, Robert E. Lee, at Lexington, Virginia.

"Piecuch and Beakes have tapped into a prodigious trove of original documents to produce this beautifully written, small gem of a book. It is, however, primarily for buffs, who will savor not only the minute details of every battle described, but also the elegant military terms of the day, like 'abatis' and 'fascine,' and the often brilliantly phrased communication between commanders that took place over --P. Jeffrey Lambert, Executive Director of the General Society Sons of the Revolution