The Rockets' Red Glare: An Illustrated History of The War of 1812

Home / The Rockets' Red Glare: An Illustrated History of The War of 1812 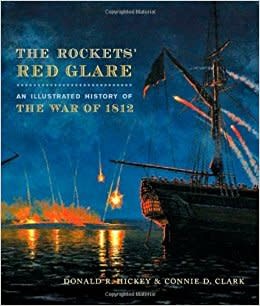 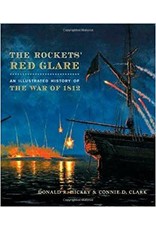 This engagingly told and richly illustrated history invites readers to travel back in time and imagine what it would have been like to live through the War of 1812, America’s forgotten conflict.

Offering readers an impressive array of images―some rarely before seen―and a crisp narrative, the book recounts the war’s main battles and campaigns, from William Hull’s ignominious surrender at Detroit in 1812 to Andrew Jackson’s spectacular victory at New Orleans in 1815. Learn about Oliver H. Perry’s remarkable victory on Lake Erie and the ensuing death of the great Shawnee leader Tecumseh. Witness the devastation on the Niagara Front as the balance of power shifted back and forth. Watch as Thomas Macdonough executes a masterstroke on Lake Champlain, winning a great naval battle and saving upper New York from occupation. Experience the demoralizing British raids in the Chesapeake that culminated in the burning of Washington, D.C., and the successful defense of Baltimore that inspired Francis Scott Key to pen "The Star-Spangled Banner."

The Rockets' Red Glare recaptures in vivid detail not only the military history of the war but also its domestic and diplomatic history. Authors Donald R. Hickey and Connie D. Clark show why the fragile young republic, which was still a second-rate power, declared war against Great Britain, an established global power. They also explain why Americans remember the conflict as an unalloyed success, even though by the war’s end, the United States faced military uncertainty, financial stress, a punishing British naval blockade, and the intractable opposition of Federalists in New England.

The thrilling stories and stunning illustrations of The Rockets' Red Glare are sure to capture the imagination of anyone interested in the fascinating history of the War of 1812.