Horrors of Slavery: Or, The American Tars in Tripoli by William Ray and edited by Hester Blum

Home / Horrors of Slavery: Or, The American Tars in Tripoli by William Ray and edited by Hester Blum 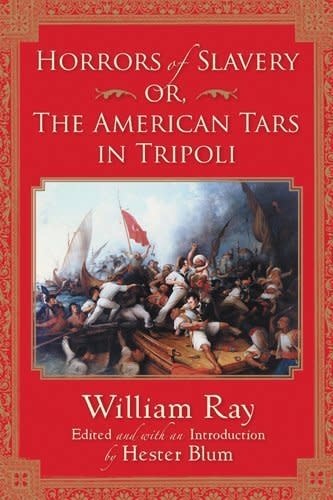 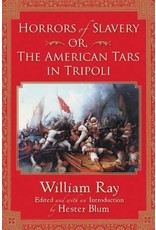 Barbary pirates in Africa targeted sailors for centuries, often taking slaves and demanding ransom in exchange. First published in 1808, Horrors of Slavery is the tale of one such sailor, captured during the United States's first military encounter with the Islamic world, the Tripolitan War. William Ray, along with three hundred crewmates, spent nineteen months in captivity after his ship, the Philadelphia, ran aground in the harbor of Tripoli. Imprisoned, Ray witnessed-and chronicled-many of the key moments of the military engagement. In addition to offering a compelling history of a little-known war, this book presents the valuable perspective of an ordinary seaman who was as concerned with the injustices of the U.S. Navy as he was with Barbary pirates.

Hester Blum's introduction situates Horrors of Slavery in its literary, historical, and political contexts, bringing to light a crucial episode in the early history of our country's relations with Islamic states.