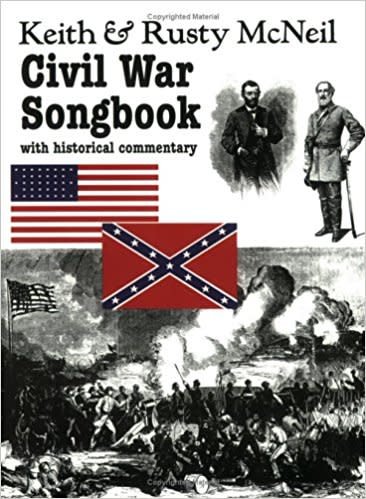 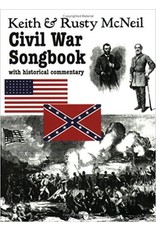 The War Begins: After the election of Abraham Lincoln, eleven states secede. The beginning of the war is accompanied by songs of self-righteousness and optimism, of "Copperheads" and "Black Republicans," of proud new regiments and of martyrs.

The Realities of War: The Battle of Bull Run discourages Northern optimism, and two legendary figures emerge: "Stonewall" Jackson and Jeb Stuart. Yankee morale rises with the stirring "Battle Hymn of the Republic" and "Battle Cry of Freedom." Glory fades in the face of reality as soldiers sing of inadequate food and the slaughter at Shiloh. Civilians sing of the inequities of the draft and of doing without.

The Union Forever: War-weary soldiers and civilians sing of sweetheart, home, the siege of Vicksburg, the foreign-born who fill the Union army's ranks, Lincoln's re-election, William Tecumseh Sherman's march to the sea and the fall of Richmond.