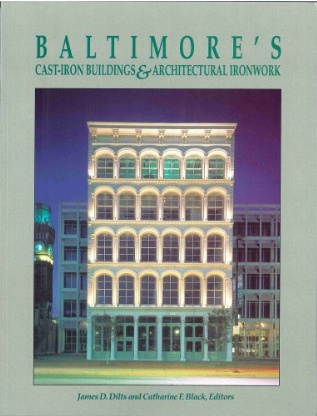 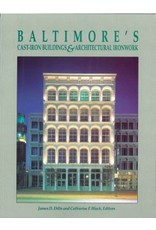 The city of Baltimore was an innovator in the development of cast-iron architecture: the 1851 Sun Iron Building was a landmark of such construction that served as a model for early cast-iron buildings in New York and other East Coast cities, and as such deserves to be recognized by historians as the country's first large commercial cast-iron building.

As a documentation and celebration of Baltimore's cast-iron fronts, the book details for the first time how the material of a cast-iron building was derived, fabricated, and erected. Heavily illustrated, the book also includes reprinted catalogs of the Hayward, Bartlett and Bartlett, Robbins Companies from the 1850s and 1860s.

Originally published in 1991 and reprinted by the Baltimore Architecture Foundation in 2000.