Baltimore '68: Riots and Rebirth in an American City

Home / Baltimore '68: Riots and Rebirth in an American City 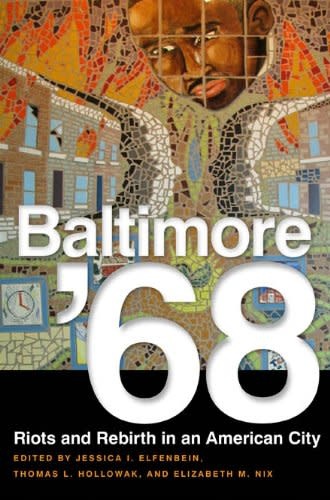 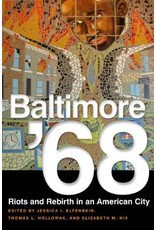 In 1968, Baltimore was home to a variety of ethnic, religious, and racial communities that, like those in other American cities, were confronting a quickly declining industrial base. In April of that year, disturbances broke the urban landscape along lines of race and class. This book offers chapters on events leading up to the turmoil, the riots, and the aftermath as well as four rigorously edited and annotated oral histories of members of the Baltimore community. The combination of new scholarship and first-person accounts provides a comprehensive case study of this period of civil unrest four decades later. This engaging, broad-based public history lays bare the diverse experiences of 1968 and their effects, emphasizing the role of specific human actions. By reflecting on the stories and analysis presented in this anthology, readers may feel empowered to pursue informed, responsible civic action of their own. Baltimore '68 is the book component of a larger public history project, "Baltimore '68 Riots: Riots and Rebirth." The project's companion website (http://archives.ubalt.edu/bsr/index.html ) offers many more oral histories plus photos, art, and links to archival sources. The book and the website together make up an invaluable teaching resource on cities, social unrest, and racial politics in the 1960s. The project was the corecipient of the 2009 Outstanding Public History Project Award from the National Council on Public History.