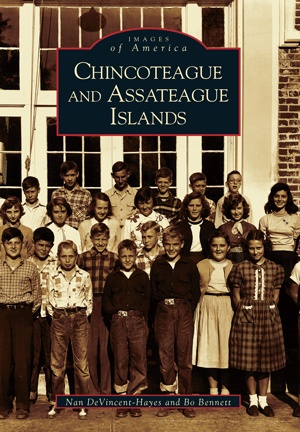 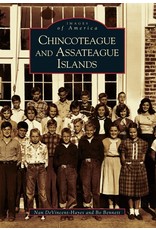 The thriving barrier islands of Chincoteague and Assateague entice over a million tourists to their shores every year. Adjacent to one another, these parcels of land jutting into the Atlantic have a symbiotic relationship―Chincoteague, a modern, developed community that thrives on tourism, helps attract visitors to neighboring Assateague, which in turn acts as a natural buffer against the surging tides and is home to Assateague Island National Seashore, a state park that provides protection for native flora and fauna and leisure activities for the nature lover. Overlapping the border between Maryland and Virginia, Assateague Island remains an undisturbed natural habitat boasting extensive wetlands and wildlife. Images of the native inhabitants of this area abound―the ponies, birds, and sea life take center stage, while the sandy dunes and rolling ocean provide a beautiful backdrop. The families who made the island of Chincoteague their home, from as early as 1650, were a tough breed and, over the years, made many contributions to the improvement of their community. Schools, churches, and businesses were established, bridges were built, roads were paved, and waterways made navigable―all of this visually documented and now available in this remarkable volume.

Add your review
0 stars based on 0 reviews
Outdoors /