An Ocean in Common

Home / An Ocean in Common 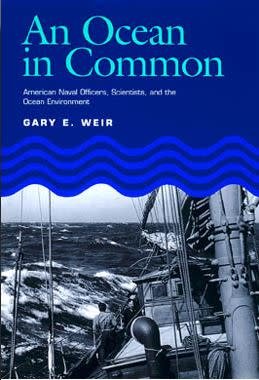 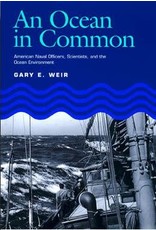 Through two victorious world conflicts and a Cold War, the U.S. Navy and American ocean scientists drew ever closer, converting an early marriage of necessity into a relationship of astonishing achievement. Beginning in 1919, Gary Weir's An Ocean in Common traces the first forty-two years of their joint quest to understand each other and the deep ocean.

Early in the twentieth century, American naval officers questioned the tactical and strategic significance of applied ocean science, demonstrating the gap between this kind of knowledge and that deemed critical to naval warfare. At the same time, scientists studying the ocean labored in their inadequately funded, discreet disciplines, seemingly content to keep naval warfare at arm's length. German U-boat success in World War I changed these views fundamentally, bringing ocean science insights to an increasing number of naval objectives.

Driven primarily by anti-submarine priorities, the physics, chemistry, and geology of the ocean, more than its biology, became the early focus of American ocean studies. The World War II experience solidified the Navy's relationship with ocean scientists, and the years after 1945 found the American military investing heavily in both applied and basic research. Today, oceanography is a permanent resident on the bridge of American fighting ships and the Navy continues to provide much of the

impetus and funding for fundamental research, in both naval and civilian laboratories.

In An Ocean in Common Gary Weir focuses on the compelling motives and carefully engineered course that brought scientists and naval officers together, across a considerable cultural divide, to achieve a more comprehensive understanding of one another and the world ocean. Weir details how this alliance laid the powerful multidisciplinary foundation for long-range ocean communication and surveillance, modern submarine warfare, deep submergence, and the emergence of oceanography and ocean engineering as independent and vital fields of study.