Home / Wooden Yo Yo 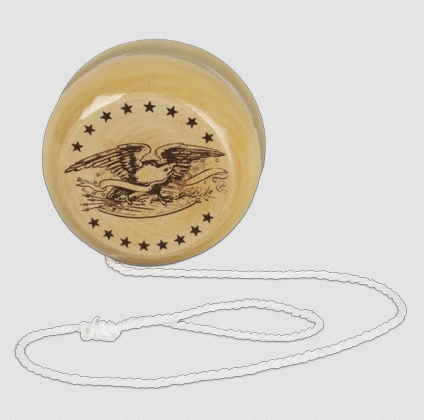 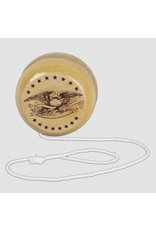 The Bald Eagle was officially declared the national symbol of the United States by the Second Continental Congress in 1782. Here the eagle perches above a shield composed of 13 stripes, representing the original 13 states. The olive branch and arrows stand for the power of peace and war. The eagle serves as a reminder of American struggle and the role that this symbol played in our nation’s history. 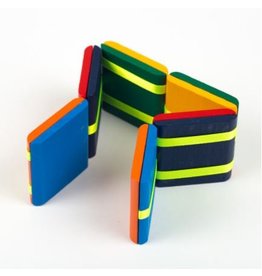