Wolf of the Deep

Home / Wolf of the Deep 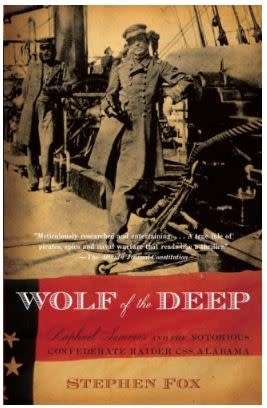 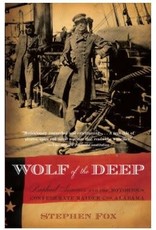 The absorbing story of Raphael Semmes and the CSS Alabama, the Confederate raider that destroyed Union ocean shipping and took more prizes than any other raider in naval history.

In July 1862, the Confederate captain Raphael Semmes received orders to report to Liverpool, where he would take command of a secret new British-built steam warship. His mission: to prey on Union commercial vessels and undermine the North’s ability to continue the war.

At the helm of the Alabama, Semmes would become the most hated and feared man in ports up and down the Union coast – as well as a Confederate legend. Now, with unparalleled authority, depth, and a vivid sense of the excitement and danger of the time, Stephen Fox tells the story of Captain Semmes’s remarkable wartime exploits.

We follow Semmes as he burns one ship after another – newspaper headlines calling for his head – and eludes capture time and again, ravaging Union commerce and chilling Anglo-Union relations. When the tide turns in favor of the North, foreign ports become less willing to take in the Alabama and Semmes finds himself wandering the oceans with a restless crew on a deteriorating ship, his ability to outwit the Union captains diminishing rapidly. Finally, in June 1864, we watch as a gunship traps the Alabama at Cherbourg, France, sinking her – though not her captain – in a battle that was reported around the world.

Entertaining and highly informative, Wolf of the Deep is at once an account of the overlooked naval side of the Civil War, an intimate portrait of life at sea, and an overdue appreciation of a great naval commander.