The Man Who Made Parks: The Story of Parkbuilder Frederick Law Olmsted by Frieda Wishinsky (Author), Song Nan Zhang (Illustrator) 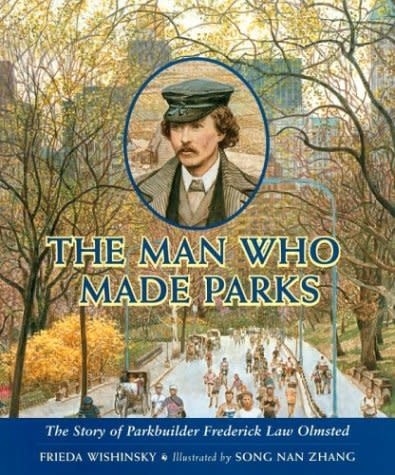 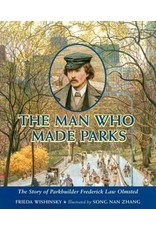 When the great cities of North America were being built, little thought was given to the idea of creating “green spaces.” But these oases from the dirt, gravel, and noise of the crowded city streets were exactly what were needed. One of the few people to recognize this fact was Frederick Law Olmsted, North America’s first landscape architect.

Combining his love of nature with his admiration for the structured beauty found in the great public parks of London and Paris, Olmsted turned neglected, swampy acres on the edge of New York City into one of the most acclaimed parks in the world: Central Park. But Olmsted’s success was not earned overnight. He spent many years wandering from job to job, searching for the perfect career. And when he finally discovered his passion, few people were confident in his abilities. But Olmsted fought for the preservation of areas like Yosemite in the USA, and his perseverance would be rewarded: he went on to design some of the most famous public spaces in North America.