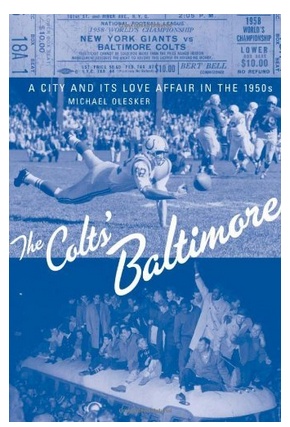 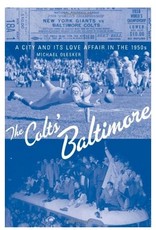 This is Michael Olesker's nostalgic reminiscence of 1958, the year the Baltimore Colts defeated the New York Giants in sudden-death overtime in a game that still grips the emotions of Baltimoreans. Olesker recaptures the city’s love affair with the Colts in a series of thoughtful and colorful stories that give voice to such notable characters as Colts players Johnny Unitas and Art Donovan, politicians Tommy D’Alesandro and Jack Pollack, entertainers Buddy Deane and Royal Parker, sportscasters Chuck Thompson and Vince Bagli, and filmmaker John Waters.

The Colts’ Baltimore also traces the changing cultural landscape of the city just entering an age of revolution—a time when schools were being racially integrated, rock and roll played on the radio, and Baltimore was planning to renew the dilapidated downtown.

Revealing warm ties between Baltimore and its beloved Colts, Olesker's writing makes the events of 1958 seem like only yesterday.

Michael Olesker has been writing for newspapers since he went to high school at Baltimore City College and imagined that nothing in the world could be more fun than meeting interesting people and writing about them. In the ensuing four decades, nothing has changed his mind. He began writing a column for The News American in 1976, and after three years moved to the Baltimore Sun. He is now a columnist for The Examiner in Baltimore. Mr. Olesker is the author of Michael Olesker's Baltimore: If You Live Here, You're Home and Journeys to the Heart of Baltimore, both published by Johns Hopkins.