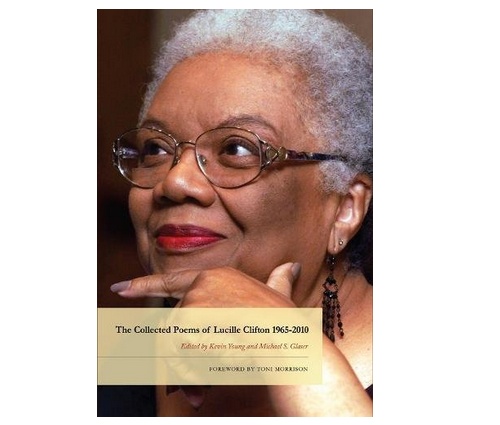 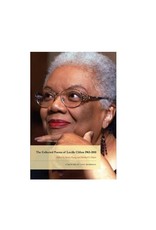 Lucille Clifton (1936-2010) was Maryland's Poet Laureate from 1979 until 1985. She was born and grew up in New York, but moved to Baltimore, Maryland in 1967 with her husband. Her first collection of poetry, "Good Times," was then published in 1969. From 1971 until 1974, Clifton was the poet-in-residence at Coppin State College in Baltimore. In 1987, she became the first author to have two books of poetry— "Good Woman" and "Next"— chosen as finalists for the Pulitzer Prize in the same year. She won the 2000 National Book Award for Poetry and was the first black recipient of the Ruth Lilly Poetry Prize for lifetime achievement, awarded in 2007. She continued to live and write in Columbia, Maryland, while serving as a Distinguished Professor of Humanities at St. Mary's College. She remained in Maryland until her death in 2010.

WINNER OF THE 2013 HURSTON/WRIGHT LEGACY AWARD FOR POETRY

The culmination of a 40-year career by one of America’s most revered poets, The Collected Poems of Lucille Clifton 1965-2010 combines all of Lucille Clifton’s published collections with 69 previously unpublished poems. The unpublished pieces feature early poems from 1965-1969, a collection-in-progress entitled Book of Days, and a poignant selection of final poems. An insightful Foreword by Nobel Prize-winning author Toni Morrison, and a comprehensive Afterword by noted poet Kevin Young, frame Clifton’s lifetime body of work, providing a definitive statement about this major American poet’s career. This landmark volume is a must-have for all of Clifton’s fans—past, present, and future.

FROM THE EDITORS: This volume represents all the poems Lucille Clifton published in book form during her lifetime. It also includes groupings of previously uncollected poems placed in the book roughly when they were written: first, a small selection of “Early Poems” from the many Clifton wrote and kept but did not gather in her first full-length book, Good Times (1969); second, we have included a recently discovered typescript, Book of Days, that Clifton seems to have completed during 2006; and, finally, a grouping of “Last Poems & Drafts” that include late work and fragments, in various states of completion, found among her papers housed at Emory University. In all cases we have maintained the unique typography (and handwriting) found in her uncollected work.

PRAISE FOR THE COLLECTED POEMS OF LUCILLE CLIFTON 1965-2010

"The love readers feel for Lucille Clifton—both the woman and her poetry—is constant and deeply felt. The lines that surface most frequently in praise of her work and her person are moving declarations of racial pride, courage, steadfastness . . . The personal courage of the woman cannot be gainsaid, but it should not function as a substitute for [acknowledging Clifton’s] piercing insight and bracing intelligence. My general impression of the best of her work: seductive with the simplicity of an atom, which is to say highly complex, explosive."

—Toni Morrison, from the Foreword

"[The Collected Poems of Lucille Clifton 1965-2010] may be the most important book of poetry to appear in years. Clifton was a major force in the last quarter of the 20th century, writing unparalleled poems about African American experience while also creating an inimitable but influential style that combined lyrical concision with smooth, vernacular speech. Clifton died in 2010, leaving an unfillable hole in the world of poetry, though this book, from BOA Editions, is a fitting monument."