Soldiers in Fur and Feathers

Home / Soldiers in Fur and Feathers 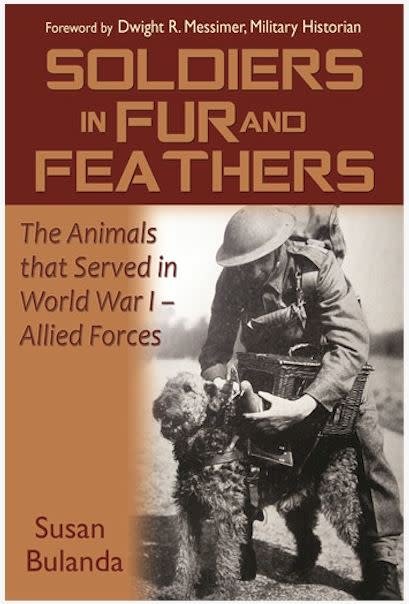 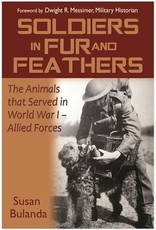 A fascinating account of the animals that served the Allied Forces during World War I. Of interest to historians and animal lovers especially during this 100th Anniversary of the War.Dodging bullets, leaping over water-filled shell holes and wading through belly deep mud, faithful messenger dogs ran as fast as they could to deliver lifesaving messages. At the same time, miles away, a small determined pigeon flew high, out of the range of German snipers who wanted to prevent her from delivering important statistics to headquarters. From mascots to donkeys, camels, and pigeons, these animals provided life-saving support as well as an emotional bond that was truly unique.

Soldiers in Fur and Feathers reveals fascinating true stories of the heroic animals that assisted the Allied Forces during World War I-stories that have, for the most part, been forgotten. As we approach the 100th anniversary of WWI, this important book will help preserve the role of the animals that served. Who were they, why were they used, how were they selected, how did they serve, and what became of them? Soldiers in Fur and Feathers answers those questions. An award-winning author who is a certified animal behavior consultant and expert trainer, Bulanda has factored the human/animal bond, with which all pet lovers will identify, into her accounts.