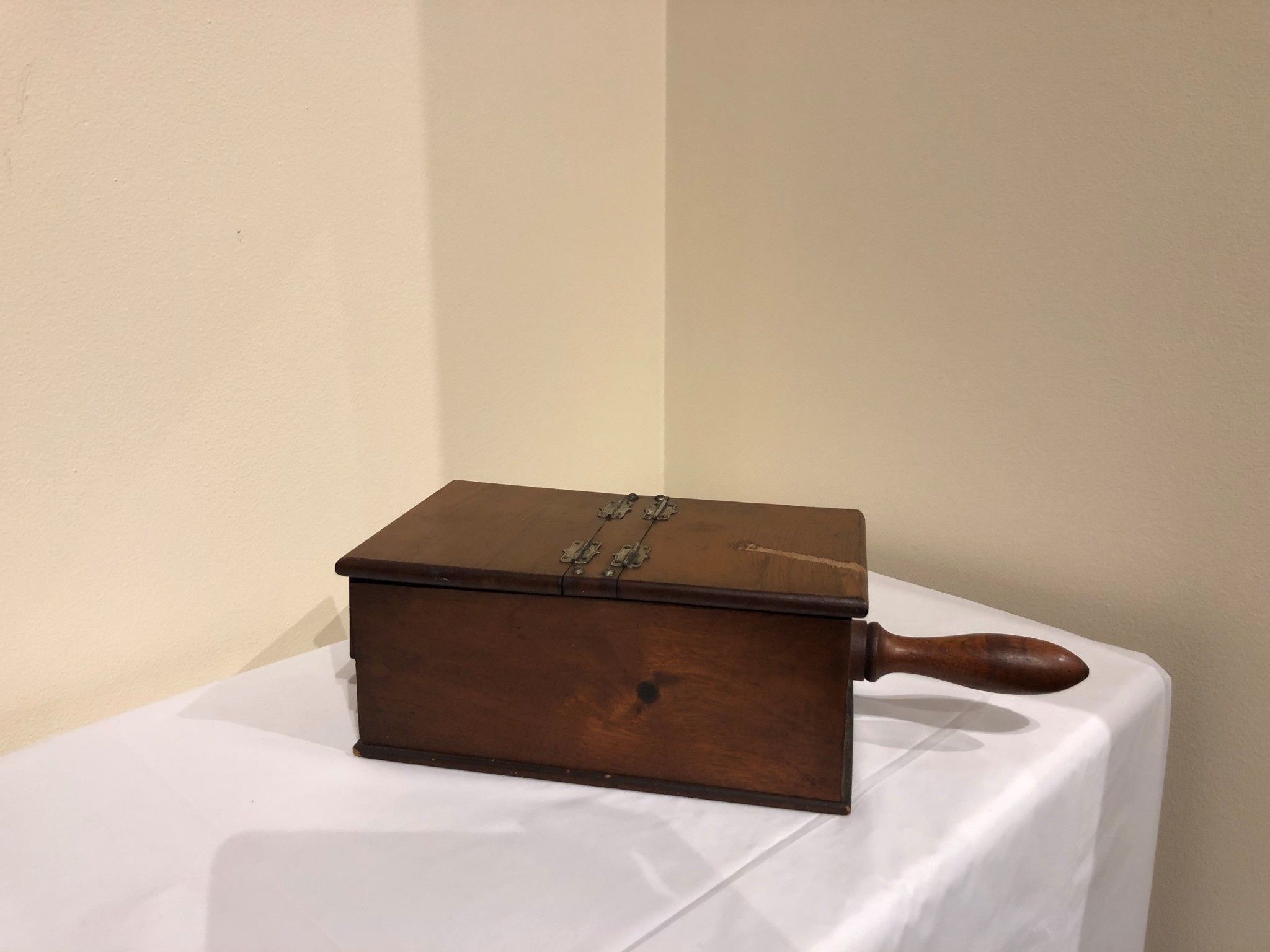 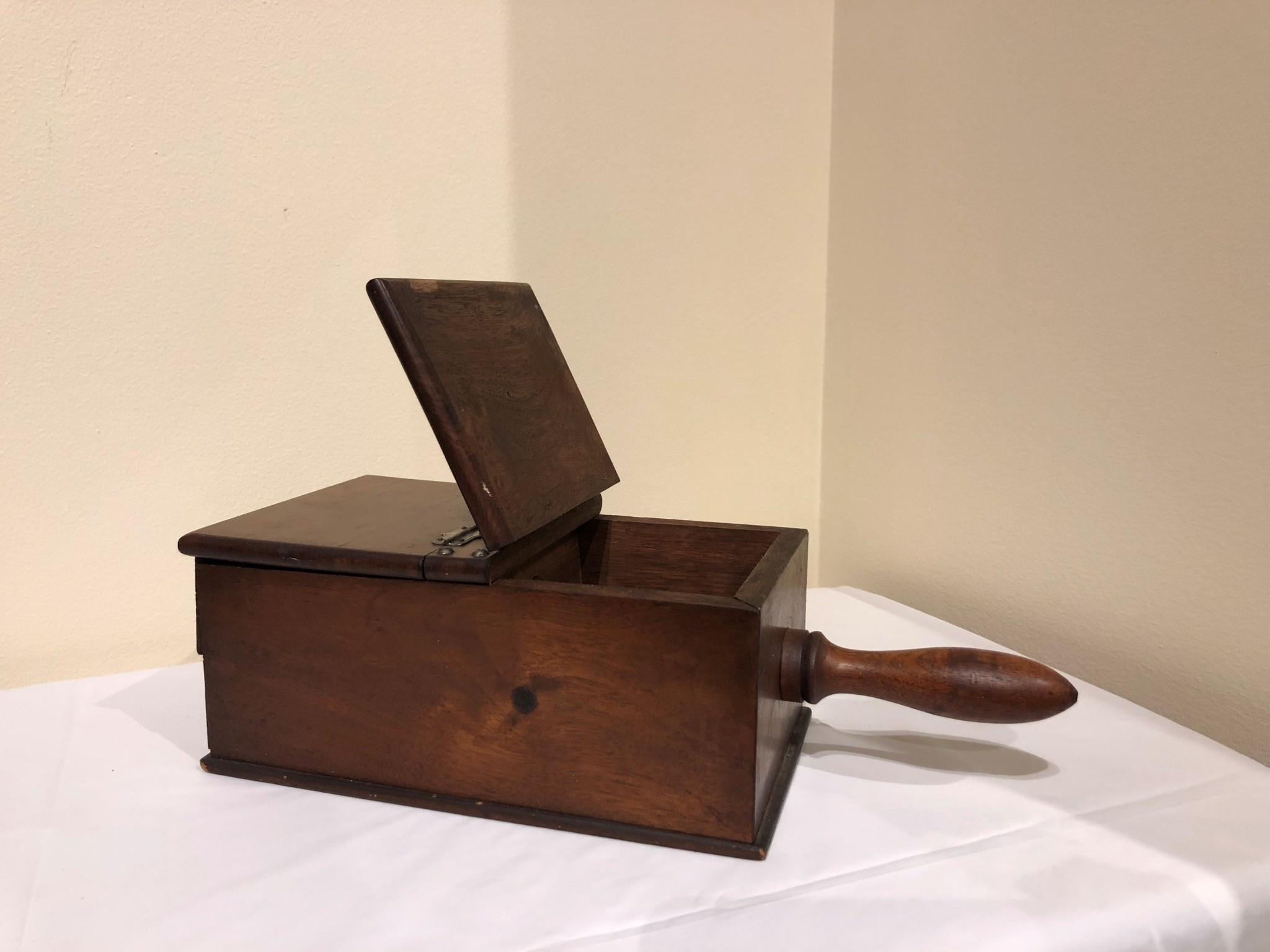 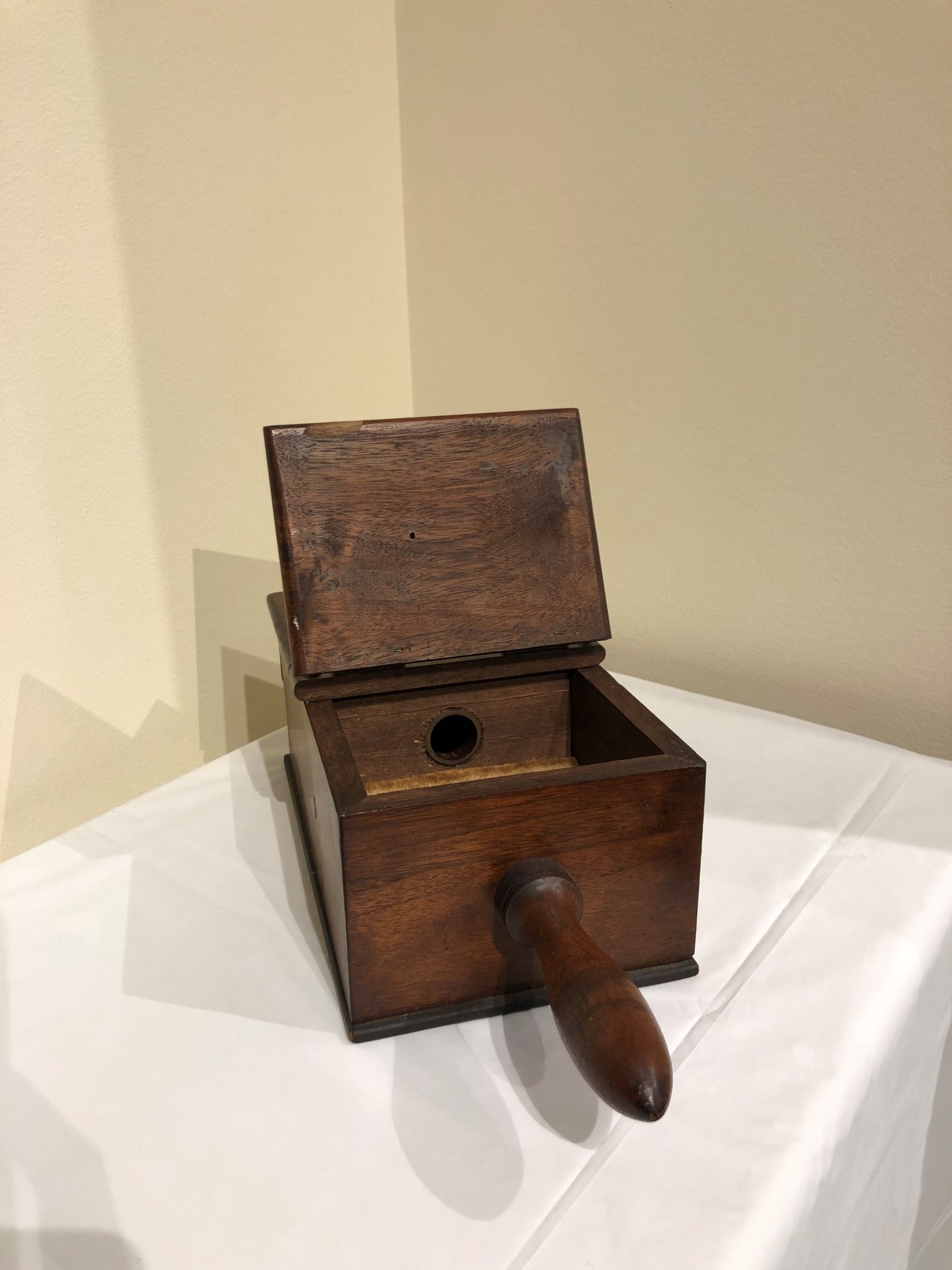 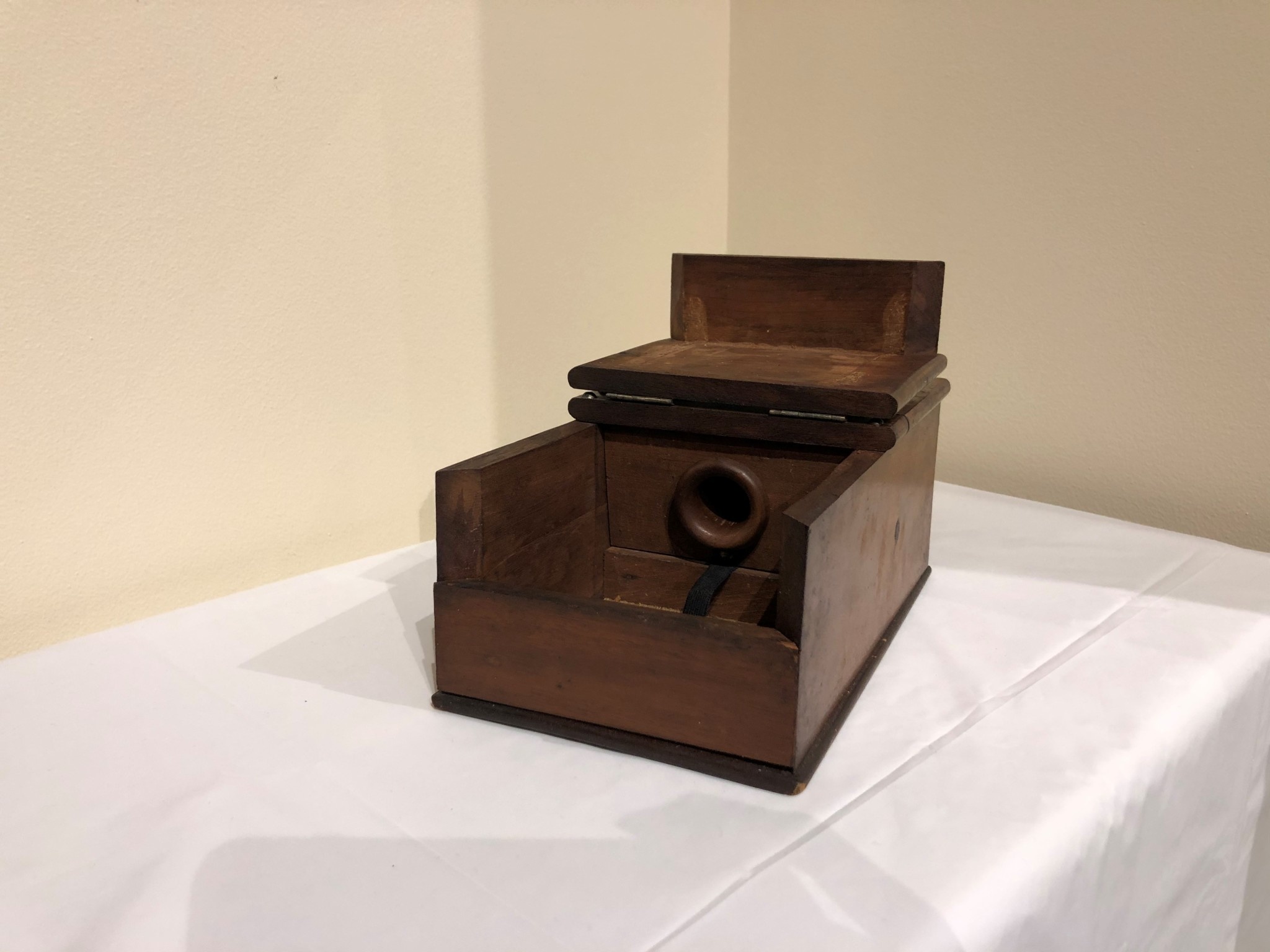 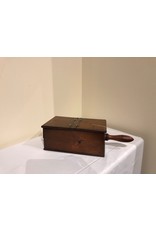 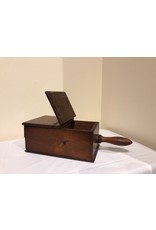 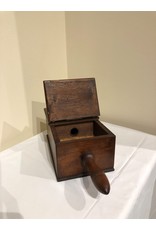 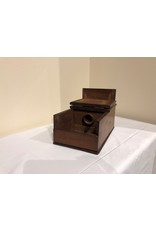 It was established by Charles T. Sisco and John Edward Sisco.
“National Flag Store” for flags and bunting (located on Baltimore St.). By the 1870s, they were on Charles St. and brand themselves as manufacturers of “Flags & Banners.” By the early 1900s they relocated again to Howard St. It appears that they were gone by no later than the 1920s or 1930s.
They manufactured material culture-like items for the big railroad union “Brotherhood of Locomotive Engineers,” ceremonial swords made by Sisco Bros. and used by the Masons. Since the consensus is that this is a ballot box, it was likely used by Masons. It is also possible that it was used by a chapter of the B.L.E.

This item is sold on consignment and is not eligible for any discounts, including MCHC Membership discount.