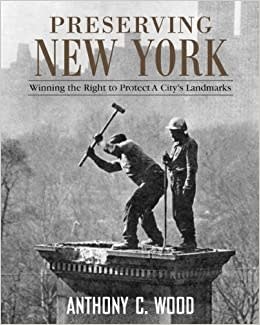 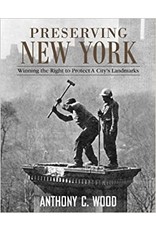 Preserving New York is the largely unknown inspiring story of the origins of New York Cityâ€™s nationally acclaimed landmarks law. The decades of struggle behind the law, its intellectual origins, the men and women who fought for it, the forces that shaped it, and the buildings lost and saved on the way to its ultimate passage, span from 1913 to 1965. Intended for the interested public as well as students of New York City history, architecture, and preservation itself, over 100 illustrations help reveal a history richer and more complex than the accepted myth that the landmarks law sprang from the wreckage of the great Pennsylvania Station. Images include those by noted historic photographers as well as those from newspaper accounts of the time. Forgotten civic leaders such as Albert S. Bard and lost buildings including the Brokaw Mansions, are unveiled in an extensively researched narrative bringing this essential episode in New Yorkâ€™s history to future generations tasked with protecting the cityâ€™s landmarks. For the first time, the story of how New York won the right to protect its treasured buildings, neighborhoods and special places is brought together to enjoy, inform, and inspire all who love New York.

Available for in store pick up. Consignment items are not eligible for membership discounts or other promotions. For more information, please contact the museum store at 410-685-3750 ext. 377 or [email protected]