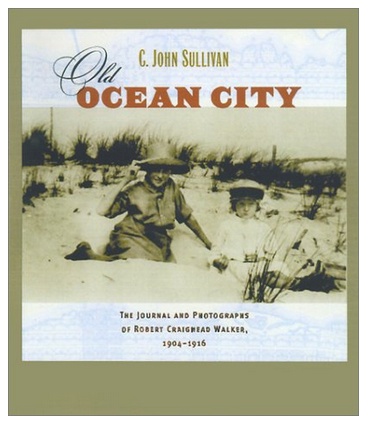 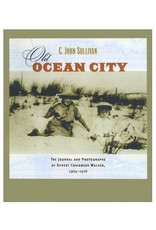 The Journal and Photographs of Robert Craighead Walker, 1904-1916

"Vacationers of today," writes C. John Sullivan, "can only dream of what this seaside resort was like for those who visited in the early 1900s." With Old Ocean City, Sullivan brings back those long-ago summers through the words and photographs of the Walker family of Washington, D.C. Avid photographers as well as sports enthusiasts, the Walkers preserved their Ocean City summers in hundreds of snapshots. And the Walkers' son, Robert, kept a detailed record of those days in a small leather-bound journal, titled My Vacation, in which he wrote almost daily from 1912 to 1916.

In Old Ocean City, Sullivan mixes his own commentary and explanatory captions with excerpts from Robert Walker's journal and more than one hundred family photographs (discovered in 1994, Sullivan notes, in a sweltering attic in Berlin, Maryland). Views of handsome beach architecture and grass-covered dunes suggest an Ocean City almost unimaginable today. Rare photographs and accounts of shorebird hunting (banned in 1918 to protect sandpipers, plover, herons, and other species) are an arresting contrast to more familiar scenes of boating, fishing, and beach combing. We see the Walker children growing up―and Ocean City growing up around them. The result is a surprising look at a place "far different than our memories would recall." Sullivan includes a time line of Ocean City history and Walker family visits, starting with the formation of the Atlantic Hotel Company in 1868 (the company's stockholders chose the name Ocean City at their 1875 meeting in Salisbury) and ending with the Walkers' sale of their beloved cottage in 1950. 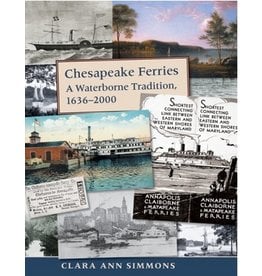 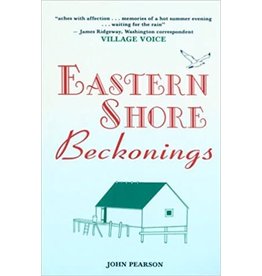