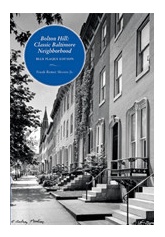 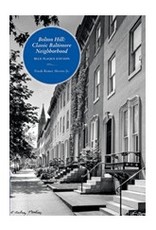 Originally published in 1978, this revised and expanded profile captures in vivid detail the unique style of one of Baltimore’s oldest neighborhoods.

Shivers writes about the churches that distinguish the community and the private schools―Bryn Mawr, Friends, and Boys Latin―that once graced it. He remembers some of Bolton Hill’s most interesting residents―a graduate student named Thomas Woodrow Wilson, the silent-film star Francis X. Bushman, Scott and Zelda Fitzgerald, the Cone sisters, and the young television personality Gary Moore among them. He recounts mid- to late-20th-century efforts to preserve the neighborhood and its special character, a movement that sometimes failed, but ultimately led to new architecture that blends comfortably with the essentially nineteenth-century flavor of the area.