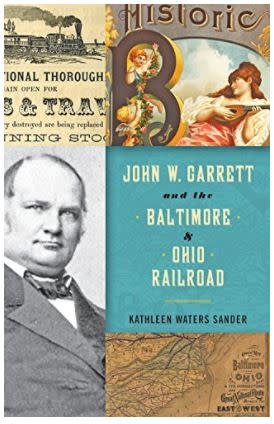 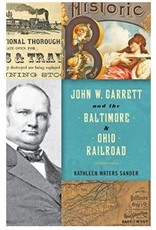 Chartered in 1827 as the country’s first railroad, the legendary Baltimore and Ohio played a unique role in the nation’s great railroad drama and became the model for American railroading. John W. Garrett, who served as president of the B&O from 1858 to 1884, ranked among the great power brokers of the time.

In this gripping and well-researched account, historian Kathleen Waters Sander tells the story of the B&O’s beginning and its unprecedented plan to build a rail line from Baltimore over the Allegheny Mountains to the Ohio River, considered to be the most ambitious engineering feat of its time. The B&O’s success ignited "railroad fever" and helped to catapult railroading to America’s most influential industry in the nineteenth century.

Taking the B&O helm during the railroads’ expansive growth in the 1850s, Garrett soon turned his attention to the demands of the Civil War. Sander explains how, despite suspected Southern sympathies, Garrett became one of President Abraham Lincoln's most trusted confidantes and strategists, making the B&O available for transporting Northern troops and equipment to critical battles. The Confederates attacked the B&O 143 times, but could not put "Mr. Lincoln’s Road" out of business.

After the war, Garrett became one of the first of the famed Gilded Age tycoons, rising to unimaginable power and wealth. Sander explores how—when he was not fighting fierce railroad wars with competitors—Garrett steered the B&O into highly successful entrepreneurial endeavors, quadrupling track mileage to reach important commercial markets, jump-starting Baltimore’s moribund postwar economy, and constructing lavish hotels in Western Maryland to open tourism in the region. Sander brings to life the brazen risk-taking, clashing of oversized egos, and opulent lifestyles of the Gilded Age tycoons in this richly illustrated portrait of one man’s undaunted efforts to improve the B&O and advance its technology. Chronicling the epic technological transformations of the nineteenth century, from rudimentary commercial trade and primitive transportation westward to the railroads’ indelible impact on the country and the economy, John W. Garrett and the Baltimore & Ohio Railroad is a vivid account of Garrett’s twenty-six-year reign. 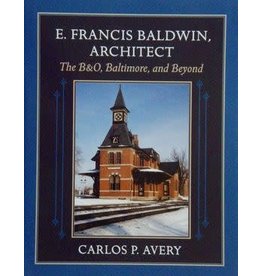