Front Stoops in the Fifties

Home / Front Stoops in the Fifties 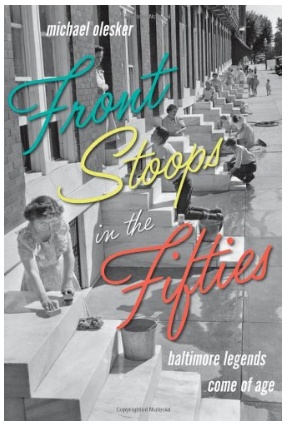 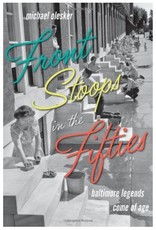 Front Stoops in the Fifties recounts the stories of some of Baltimore's most famous personalities as they grew up during the "decade of conformity." Such familiar names as Jerry Leiber, Nancy Pelosi, Thurgood Marshall, and Barry Levinson figure prominently in Michael Olesker’s gripping account, which draws on personal interviews and journalistic digging.

Olesker marks the end of the fifties with the assassination of President John F. Kennedy. "It’s as if millions will suddenly decide to act out their anxieties and their rage, as if Kennedy’s murder exposed some hypocrisy at the heart of the American dream," he writes. Focusing on the period leading up to this turning point in U.S. history, Olesker looks to the individuals living through the changes that were just beginning to surface and would later come to prominence in the sixties.

The fifties are often remembered with longing as a more innocent time. But it was also a suffocating time for many. Alongside innocence was ignorance. Olesker tells the story of Nancy D’Alesandro Pelosi, daughter of the mayor, who grew up in a political home and eventually became the first woman Speaker of the House. Thurgood Marshall, schooled in a racially segregated classroom, went on to argue Brown v. Board of Education of Topeka before the U.S. Supreme Court and rewrite race-relations law. Even the music changed. Olesker’s doo-wop portrait of Baltimore is nostalgic, but it has a hard edge.