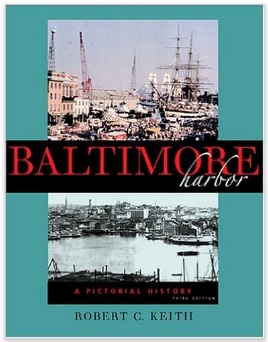 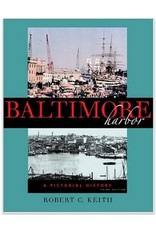 This newly revised and expanded edition of Baltimore Harbor provides a lively, heavily illustrated history of a vital American port that connects the Chesapeake Bay with the rest of the world.

Using photographs, historic illustrations, and stories, Robert Keith traces the harbor's fascinating history. An ideal hub for the bay's network of paddlewheel steamers, the working port grew quickly alongside the shipbuilding industry at Fells Point and Federal Hill. This growth continued as the nation's first public carrier railroad, the Baltimore and Ohio, linked the wharves of the Patapsco River with the coal fields of Appalachia and the towns and farms of the Midwest.

Today Baltimore harbor is better known for trendy shops than container ships. Tourists strolling the sidewalks of Harborplace are probably unaware of the port's colorful past―and its important role in contemporary maritime commerce. Keith's book connects the harbor's vibrant present with its storied, equally energetic past.