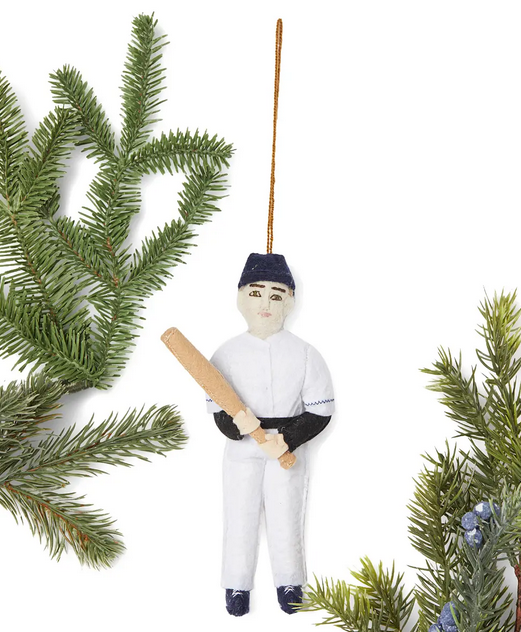 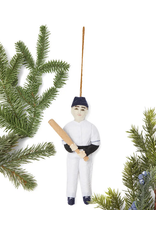 George Herman “Babe” Ruth was born on February 6, 1895 in Baltimore, MD. While attending St. Mary’s Industrial School for Boys, Jack Dunn, owner of the Baltimore Orioles, signed Ruth to a contract for $600. Ruth then got his nickname “Babe” when a sportswriter called him one of “Dunn’s babes.” In 1914, Ruth started playing for the Boston Red Sox. From 1915 to 1919, he won 87 games and won three World Series games. In 1920, Babe Ruth started playing for the New York Yankees. In 1927, Ruth hit 60 home runs, a record that was unbroken until 1961.

This Felt Ornament is hand crafted using natural fibers and eco-friendly resources by talented artisans in remote regions of Kyrgyzstan for Silk Road Bazaar. All details are hand stitched and embroidered.

This ornament is approximately 4 to 5" in size.

Silk Road Bazaar connects with artists who are far from the capitals, have limited market access and have carried on traditional craft culture. 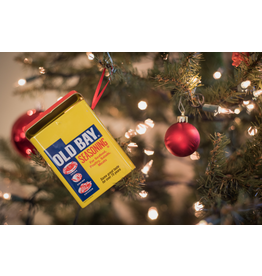 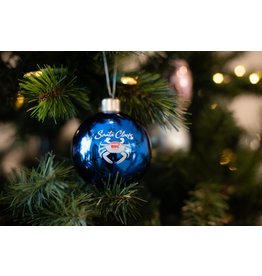 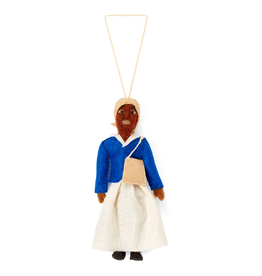 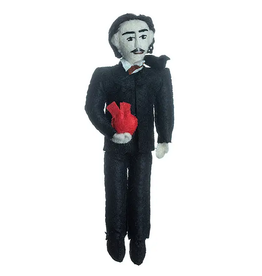