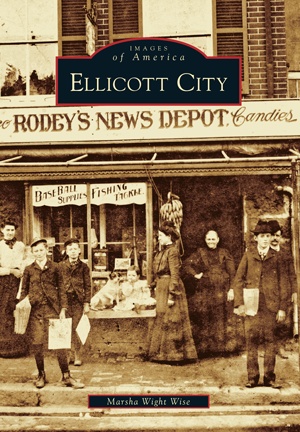 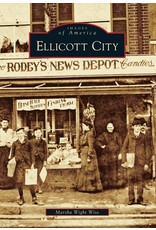 Ellicott City, the seat of Howard County, began its life as a mill town before the American Revolution. Quaker brothers Joseph, Andrew, and John Ellicott built their first mill in 1772. The Patapsco Valley and River provided the brothers with the fertile land and power necessary to make the finest wheat flour. Ellicotts Mills, as the town was first known, grew steadily, becoming home to mill workers and merchants. Maryland founding families such as the Carrolls, Dorseys, and Warfields kept their family fortunes in Ellicott City because of the brothers’ agricultural expertise. Thus a town rich in history, tradition, and architectural gems was born. Highlighted in Images of America: Ellicott City are many long-gone local landmarks, including the Patapsco Female Institute and Rock Hill and St. Charles Colleges. Featured as well are the monuments to bygone days that have endured time, progress, floods, and fires, and are still standing today.