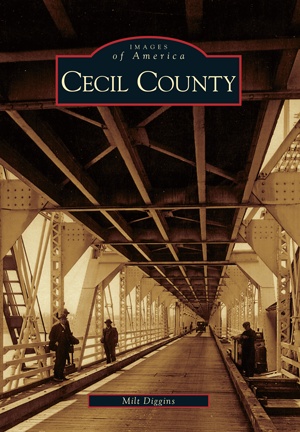 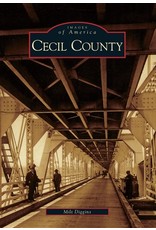 Location, location, location: this catchphrase speaks to a dominant theme in the shaping of Cecil County’s history. Cecil County is at the head of the Chesapeake Bay, with rivers defining two boundaries and the famous Mason-Dixon Line delineating the northern and eastern boundaries. Close to major cities and known as the most rural county along the northeast corridor of I-95, Cecil has held on to its agricultural heritage while at the same time accommodating the flow of trade, tourists, recreational visitors, dignitaries, military supplies, armies, the navy, and romantic couples ready to be married. The county has added its own agricultural products, natural resources, industrial goods, and citizens to the flow of traffic on the county’s historic waterways and highways. Separated from Baltimore County in 1674, Cecil was a few decades from celebrating its bicentennial when the first itinerant photographer unpacked his equipment at the courthouse and began the process of preserving the county’s history through images.