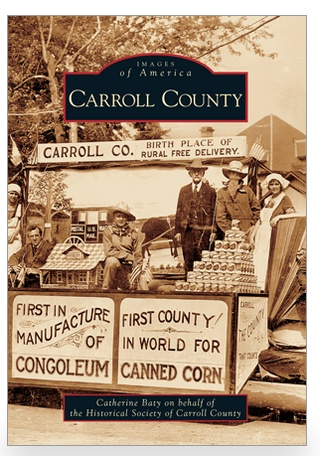 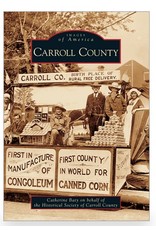 Carroll County, in central Maryland, was created in 1837 out of the western part of Baltimore County and the eastern part of Frederick County, making it one of the last counties created in the state. It takes its name from Charles Carroll, a signer of the Declaration of Independence. He lived the longest of all the signers, dying a few years before the county’s founding. Carroll County’s location has influenced its history, bringing together Mason and Dixon, the Baltimore and Ohio and Western Maryland Railroads, the Union Army of the Potomac, J. E. B. Stuart’s Confederate cavalry, and the rural free delivery of mail. Settled by Pennsylvania Germans along the northern border and English settlers in the south, its diverse heritage is reflected in the cities of Westminster, Hampstead, Manchester, Mount Airy, New Windsor, Sykesville, Taneytown, Union Bridge, and the crossroad communities of Linwood, Patapsco, and Union Mills.