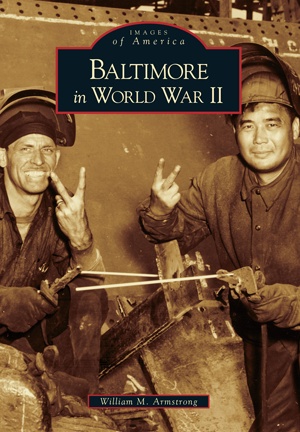 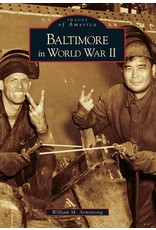 The World War II years were a time of growth and productivity for the Baltimore area, and the city contributed significantly to the Allied war effort. Baltimore launched the first of the famed Liberty ships, the SS Patrick Henry, which was constructed at the Bethlehem-Fairfield yard. The Baltimore area also produced many advanced military aircraft such as the B-26 Marauder, built at the Glenn L. Martin plant in Middle River. At Camp Holabird, the army first tested the world-famous jeep and trained the soldiers who kept the jeeps and other army vehicles running. Coast Guard sailors trained at Fort McHenry and Curtis Bay before heading to combat or stateside duties. Baltimore sent plenty of its own men and women abroad to take the fight directly to the enemy in every theatre of war. Through wartime photographs, this volume tells the story of Baltimoreans engaged in the war effort―men and women, the young and old, lifelong residents and newcomers―from a variety of racial and religious backgrounds, all working together toward victory.